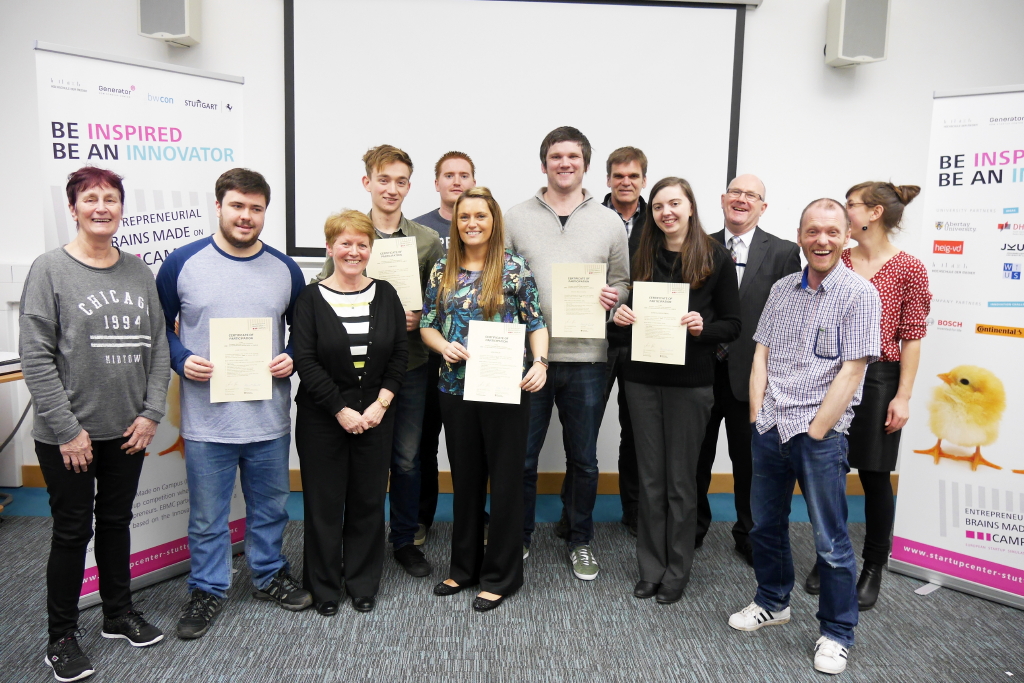 We are team Octo-Ven and our idea is to create a video platform promoting and celebrating grass roots sports.
Currently the vast majority of sports matches are completely ignored by the mainstream media. While the few big leagues are saturated with media coverage the lower leagues receive almost nothing.

For the fans of these lower leagues this means if they are unable to turn up to support their team in person they miss out on the match entirely.
This is an even bigger problem for talent scouts for whom missing a match could mean losing a new player to another team or them never being noticed at all.
We hope to solve this problem by creating an online video streaming service specifically for the untelevised sports leagues targeting fans and talent scouts.

The problem we are trying to solve is that there are many sports with large fan bases that are ignored by TV stations.
There are sports that are regularly televised but large proportions are not. For example, lower league football teams in Scotland are not currently available to watch on TV or even online and this is where we are hoping to provide a solution to this disadvantage felt by football fans.
An advantage to this solution is that by building on Die Liegen’s proven model and the fact that there are no significant competitors within this field we believe we can provide a unique profitable service.

Our solution would differ slightly from Die Liegens. We would provide a subscription service for fans to access all the latest sports footage online.
The site would offer two subscription tiers. The first being a ‘fan’ tier, allowing fans unlimited access to the entire video library.
The second ‘pro’ tier would be aimed primarily at talent scouts. The pro tier would offer detailed match statistics, search and analysis tools including lists of players, markers for when each player makes a significant move (e.g. takes possession of the ball in football), and profiles for each player with video footage of significant moments in their career.

As a starting point, our target base would begin with football fans. At the moment there are an average 40,000 minor league football fans that attend matches and we estimate the total fan base will be a lot higher. We understand work and family commitments etc. prevent fans from attending football games and this is where our idea hopefully provides a solution to the problem.
At present, we believe the only competition to our idea is unorganised and inconsistent quality footage available from You Tube and possibly privately shared videos.

We estimate our start up costs and running costs for the first year would be £50,000. We believe our subscriber base will build over the first season and we would expect to see revenues coming after this.